It is astounding what regular sunshine, sand, smiles and sunscreen can do for ones disposition, let alone a whole coastline. Sihanouk Ville is a beguiling spot catering superbly for even the most whimsical of wanderers.

Pedestrians out number vehicles by a good amount and once you get off the beaten track the local ethnic tuk tuk start losing parts and passengers at an uneconomical rate. The beach front is dotted with all manner of bars and restaurants. You can actually sleep at your bar of choice inside the handily appointed dorm rooms for free.

The beach’s are charming with a novelty for this part of the world. Waves, they are not huge but it is nice to hear and see waves crashing with a bit more gravity than in Thailand and Vietnam. Still the beach is not without its moments. A colourful profusion of trinket, sunglasses, and mobile beauty salespeople patrol the silky sand. My own smoothly shaven calves were even up for imagined enhancement. Still I have my trump card for demanding situations and it seems to work even here. 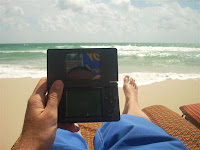 Yesterday we attempted a circumnavigation of the immediate coastline with a middling degree of success. I suspect about 5 degrees were surveyed give or take a protractor. There is plenty of change occurring and I hope it can be managed in a responsible manner. Various countries have bought blocks of land for redevelopment and I suspect some of it is on the backs of NGO’s

Still it is the enterprising locals which are to be admired. During a two hour stop at Victory beach I took the necessary steps to purchase some refreshments. I was *served* by a group of three young girls. As is usual for my trip I was giggled at and one hid in a handily accessible cupboard after I realised they could not understand a bar of my spoken game of charades. Mother was summoned and more laughs were shared.

I expect this will be our last big beach session before we return to New Zealand so it is time to savor and maybe just let it all sink in. Wish me luck. 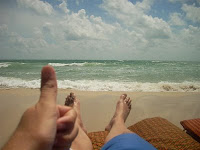 What to do? Scroll to top