A couple of events combined to inspire this entry. A colleague of mine in Wellington remarked on a super yacht docking at the waterfront. The local desk bound office population left their buildings in droves to ogle and my work mate commented on the women swooning at the deckhands. The deck hands were very tanned and had very long hair. I guess this super yacht was without a hairdresser. I shall be taking clippers with me.
The second event was visiting my Sister. My Sister had taken time out from ritually shaming people on face book with very ancient photographs to entertain us with a sumptuous meal. She also fitted us out with a DVD of a TV show called gossip girl. A teenage drama if focuses on a very wealthy slice of New York. I have given this show a very cursory viewing(my viewing is punctuated with cursing)

After musing on these events I have come up with a very compelling and tenuous link.

Why do the super wealthy have such abominable hair styles?

Admittedly I am not super wealthy but if you take the time to research this puzzling quandary you are only left with more questions. Baring entertainers the super rich are characterised with baffling boufants. Men in particular are striken with hairstyles that are badly in need of a chop. It is as if the common folk are left out of a joke. The men who lose hair do not take the opportunity to start afresh they fit themselves out with even worse hair styles.

On Sunday we visited a marina and I studiously noted the hair styles in an ad hoc survey. Again I was shocked to see the poor grooming on show. I look forward to further investigation. With a bit more evidence I should be able to publish a scientific paper of sorts. 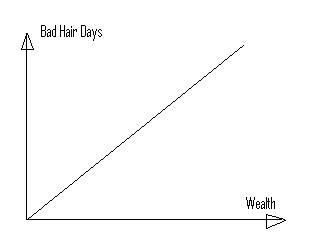 Where to buy Beer Lao in New Zealand

At least an Ankle in the Boot of Italy
0 replies

I got hit by a car once Scroll to top