If you spent enough time in France you could probably be forgiven for thinking the French invented sex. Sex certainly seems to be everywhere in the most uncommon of places.

Prepared to be titillated by some common place advertisements that are in our neighbourhood.

Who has strip poker tournaments?

Who has strip poker tournaments with large wads of prize money with large banner ads in bus stops? 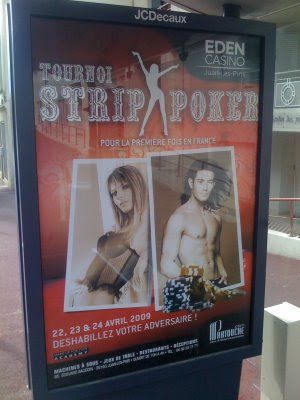 Need IT Services that are incredibly saucy?

Need IT Services that are incredibly distracting? 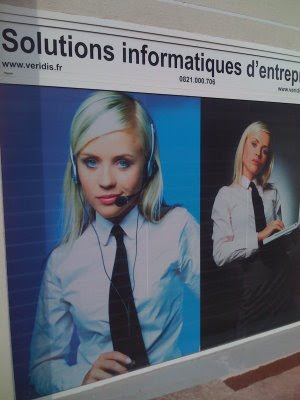 What was I talking about again? 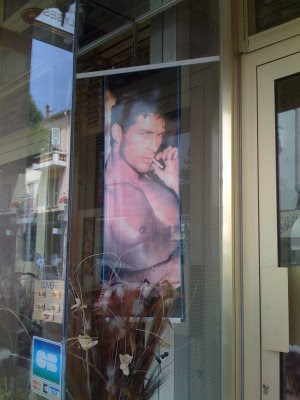 Who said smoking was dead?

Unsure what day it is?

In the gym toilette? 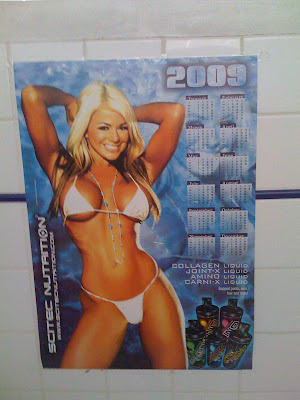 Got to love the French.

Dipping our Toes into the Boot of Italy