Having now spent 5 days in an Italian ship yard I believe I am more qualified to speak about the goings on inside one than all of my readers and most of the people that work inside Italian ship yards.

To broadly stereotype the workers of Italian shipyards in three channels my method would be.

The know nothings know literally nothing but do 99% of all of the work inside Italian ship yards. They do a lot of stupid shit. But it is not completely their fault. They know nothing.

The know it alls know everything but do nothing.

Swagger all the timers.

The swagger all the timers all look like they have just jumped off a Ducati motorcycle. They have impressive sunglasses and swagger from place to place. They are also masterful cigarette smokers.

Now to excite you with some of the wonderfully eccentric things I have seen in my short time here.

On Monday we took the small journey from the port to the ship yard. We drove our Yacht into a huge dry dock which rises five floors out of the water so the boats hull can be worked on. Impressive stuff. There was one small problem when we arrived on Monday. There was no one here. The place was empty.

Gradually some know nothings turned up. Then a few know it alls turned up to start barking orders at everyone that could hear including each other. A dive boat swaggered up and waited at the aft of our boat and hung out long enough to beg some morning tea from us.

Eventually the divers could get to work and start moving supporting structures under the boat so when the water drained the boat would stand up by itself. When we sat down for lunch we noticed the boat was leaning to one side.

Our Captain spoke to the ship yard. He was told that we had more weight on the port side and that is why the boat was leaning this way. This was noted as being a tenuous conclusion. The boat sits perfectly level on the open sea. Do you see?

The air conditioning and cooling systems on Super Yachts pump sea water in from the ocean and out again to keep everything cool. One of our first missions was to connect a sea water hose to the engine room. This was abandoned on Monday as the hose the ship yard supplied was full of small holes which is unsatisfactory.

I have to say at this point to say the engine rooms of Super Yachts have cleaner stainless steel than most kitchens. Imagine our horror when a know nothing reconnected the hose on Tuesday morning and promptly pumped 250 litres of high pressure salt water all through the engine room.

Everything had to be shut down on the boat whilst the damage was inspected. Let me get to that later. When our Captain rang the ship yard to get some answers he was told the water was residual water from inside the pipe and inertia had created a siphon effect.

We also have a large three masted three hulled boat behind us. They have effectively boxed us in. On Tuesday we were told by the ship yard that they require two weeks work and we will have to stay here until this work is completed. This is apparently quite common practice for ship yards. 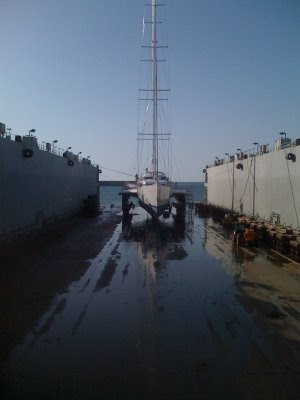 On Tuesday night I was left on the boat by myself for a few hours. This would have been fine if we had had no power problems earlier in the day. About 30 minutes into me feeling quite chuffed with myself the power went off. Three minutes later a fire alarm went off.

Sorry the movie is on its side. I don’t have much spare time at the moment. Dramatic affect is still the same 🙂

If there is anything that has terrified me in my life it has been being alone on a 20 million dollar boat with a fire alarm going off. Luckily it was a false alarm and the choice dude who has taken me under his wing talked me through correcting the fault.

I will get onto the choice dude in a bit.

The choice dude is the first mate on this boat. His name is Ilyia and he has had a chequered life from what I can make of it.

A representative swimmer he swam for Serbia at the Barcelona Olympics, and then after being drafted into the army for a year he hid out in Greece dodging the war before embarking on an economics degree to work for his family business. He then started a scuba diving company with his brother and was doing underwater demolition work and retrieval before starting work on Super Yachts.

He is a top bloke and has jumped through hoops to show me as much as he can and have a good time as well. He calls me Dany as do the whole boat and such is my respect for him I have grown to like being called Dany in a thick Serbian accent. 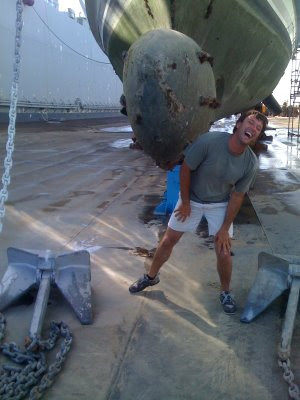 It is thanks to Ilyia that Anna has moved onto the boat and we are able to stay here for a bit until we find those elusive permanent jobs we have been hunting for.

I am going to finish writing now.

I would just like to say thanks to the Italian ship yard for providing me with free wireless internet.

It is quite convenient. 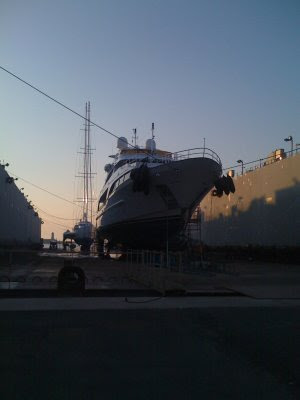 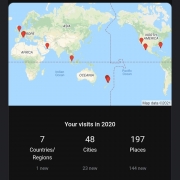 My first Ducati Scroll to top