Nestled in northern Italy is the charming city of Verona. Quite how we got to Verona was one of those chance interactions which spontaneous travel blogs are made of. We were making a bedraggled retreat from Prague. Heavy traffic was making a mockery of our electronic companions estimated time of arrival for Viareggio and we planned a lay over in Italy somewhere.

Initially we were going to stop in Parma. Parma is the home of Parma ham and the setting for a John Grisham book we have both laboured through. Parma was ditched in the far more exciting and bubbly Verona. Shakespeare will always beat Grisham.

We had some difficulty finding a temporary abode in Verona. I may have started to express some misgivings about this and was becoming consternated with my two lady co-pilots. Thankfully we were able to find somewhere to stay and we ventured out in the morning under the cover of fog to have a look around.

Verona is a popular place to visit. It has an excellent array of historical places which we discovered within a few hours with the help of a tourist map. It was a quiet Saturday morning but we did notice things were beginning to throng just before lunch time. 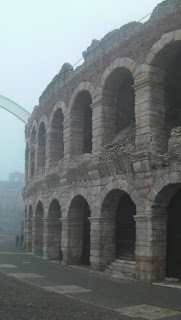 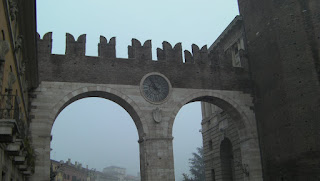 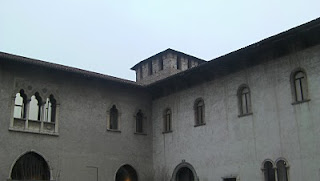 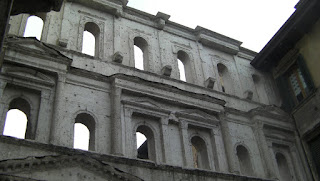 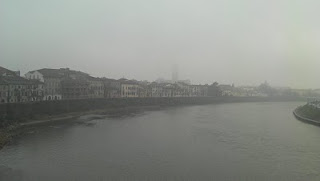 I would love to write more but things have been going off in Viareggio since we returned. We will moving soon and thar be Pirates on the horizon!

The First Elephant off the Rank 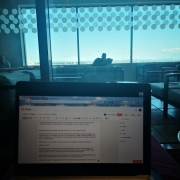