On our last day in New Zealand we visited the dentist. Probably not the exciting thing to do but boy did I feel grown up. After the dentist we ate lunch at a fabulous sushi place. It was so good there were Japanese people eating lunch there. 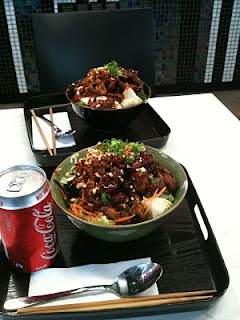 Now after my suitcase was drenched in a most undignified manner the day before my subconscious had been throwing itself at a revenge scheme worthy of my cunning. A successful marriage for the uniformed is constant war. I bought a bottle of spirulina which I never usually drink, opened it, had a swig and then placed it on Anna’s side of the table. In the next precious seconds she bumped it with her elbow and spilled spirulina all over herself. Success.

The moral of this story.

The best hatched plans are never made.

A Weekend Up North

My thoughts on Isolation
0 replies

Back in Europe Scroll to top