Hurrah I made it. I passed go, didn’t end up in Jail and returned to gainful employment. My journey was savage. I flew across the Pacific to Los Angeles and had to rest in a torturous bolt hole called the Hilton LAX. This puzzling hotel does not have mini bars. I was too tired to complain. It is probably just as well as my flight out of Los Angeles was late and I had to console myself in an Airport lounge. 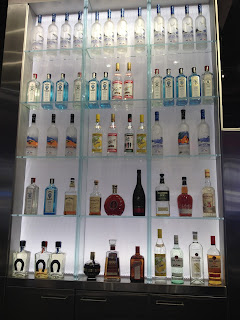 United Airlines are doing it tough because the *food* on offer was abysmal. Luckily the alcohol was not and I completed a scenario of Civilization 5 I started in New Zealand. I punished Germany. I then flew to Newark. Little old me thought Newark was New York pronounced funny. It is not. Sadly because of my late flight I had quite a long layover in Newark, which smells funny. 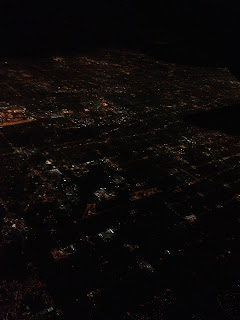 I again made home in an Airport lounge. This one was a bit more interesting because of the 70’s themed decor and I was about the only traveller in the airport. I made my connecting flight to Puerto Rico and was in a strange vegetative state when I was collected at the Airport by my immediate boss. I recognized him. I made it back to my boat in one piece. I did not recognize my rotation partner. I ate dinner very slowly and began slowly put myself into a working frame of mine.

It has taken me a long arduous week to get back into fighting shape. My rotation partner wisely did not touch the previously functioning entertainment system and worked on things that were broken. It turns out our entertainment system is self aware, requires constant attention and did not like being left alone for six weeks. There were many hurdles trying to get the boat guest ready before our current charter.

I have also been stricken with sleeping problems. Last night was my first night of normal sleep since I have returned. I had been staying awake until 3am and sleeping for about 4 hours each night. This is not my normal routine. I was doing some incredible sleeping in New Zealand. I firmly believe that regular deep sleeping is about the best thing you can do to prolong your life.

Things are looking up though. We have a very intense period coming up as we rip out and replace a guest entertainment area. This area will become the template for the rest of the vessel. There is a lot riding on it. But now that I am sleeping anything is possible.

Life. It’s better when you sleep.

Black Lines……. Blowing through my mind

The Problem with Leaving…