It is a good thing that I did get some time ashore in the Galapagos. Otherwise my impressions of it would have been horribly distorted.
One of my core responsibilities is managing our internet connection. Given the sparse population of the Galapagos the solitary Satellite which looks after the region is oversubscribed and under resourced. We have over 50 crew, can have up to 24 guests and a myriad of devices which utilise the internet. We pay a yearly salary every month to have 5mbps of internet worldwide. For our time in the Galapagos our connection fluctuated between 2mbps and .5mbps. Clearly this is why the area has remained in a perpetual time warp. After 4 days of phone calls, cursing, fretting and stressing I abandoned all hope of us having a good internet connection. Consequently I relaxed and began to look outside. 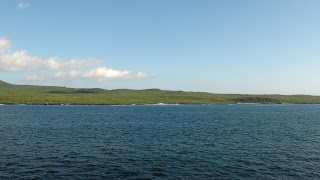 Visiting the Galapagos is an interesting proposition. There is a solitary flight from Ecuador each day.To take a private yacht through the Galapagos you must pay a few hundred thousands dollars for a weeks permit. To visit the National park regions you must have a guide on board in addition to your agent. If you want to use your helicopter you must sign up to do some missions. The region is rightfully well protected and the humans that choose to live here are a very proud people. The population is steadily increasing although it is limited to small regions of less than 5% of the landmass. 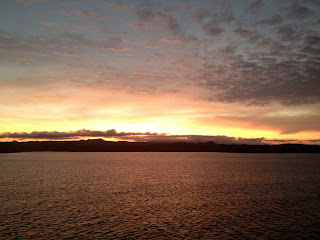 So for one week I took very occasional photos and did a little day dreaming. It wasn’t until our last night with the guests that I got to see the video that our onboard Videographer had taken that I began to see some of the incredible wildlife this region is famous for. I was quite startled at the amount of animals above and below the water. They are fearless of humans. Not in a tame sense but in the sense that they have no fear or reason to have fear. What an amazing idea.
The very next day our Captain had arranged some excursions for us to take part in. He is an ex Cruise ship Captain and is very used to organising things for people to do. It turns out corralling 50 crew off a boat to take part in Diving, Fishing and Walking tours is worse than a few thousand Cruise ship passengers. Having not left the boat in a meaningful sense for a month I decided to go on the walking tour.
We made a very chatty tender ride into the port and boarded a bus with our Guide for the day. He immediately raised a few eyebrows by telling us he was a Naturalist and pined for the days when Galapagians used to walk around topless. It turns out he had not spoken English for over a year and was merely expressing his fondness for nature. It was this enthusiasm for flora and fauna that started to rub off on us all. Especially me, remember If I had not taken an excursion the only this I could have spoken about knowingly about the Galapagos region is its terrible internet.
The roads of Galapagos are largely dirt, jungle lined and uninhibited. I took a lot of photos out the side of the bus. These photos highlight the populated and farmed regions of the San Cristobel. 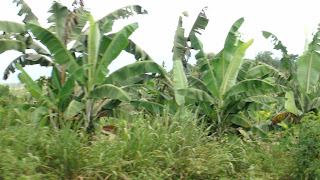 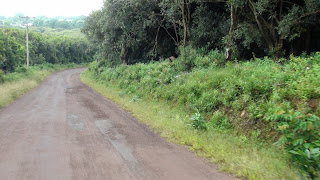 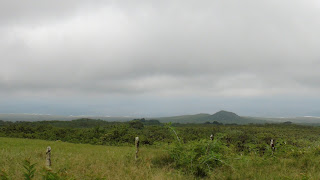 Posts mean it is farmed. Obviously.
After an hour of driving and the practiced banter of a career tour guide we made it to a Giant Tortoise reserve. I was very excited. Giant Tortoise it turns out are very noble and interesting animals. 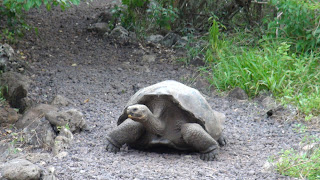 Like many things you never forget your first giant Tortoise. They are incredible. 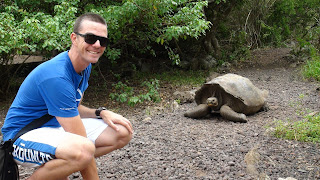 Me and my first Giant Tortoise.
It wasn’t all about Giant Tortoise. Soon we were looking at endemic moss, lizards, birds, trees and flowers. Endemic means only found in one place. If you put endemic in front of things they suddenly become very interesting. 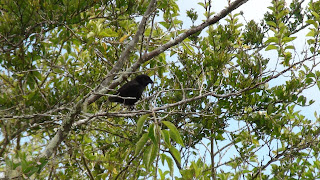 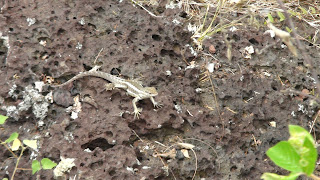 endemic lizard
Even baby Giant Tortoise made an appearance. We were informed about the very successful breeding program. 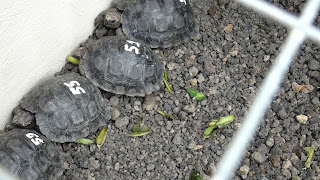 Our next excursion took us up a small mountain to the Galapagos regions only freshwater lake. 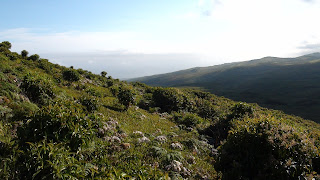 I am thinking the lake was a dormant volcanoe. 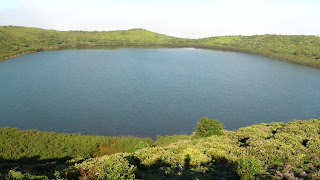 There were a lot of birds flying around this lake. It turns out the fresh water allows the two different species of Frigate birds to clean themselves in freshwater. They are a sea bird that can not clean themselves in salt water.
A scientific study that examined genetic and morphological variation in Magnificent Frigatebirds found both expected, and also highly unexpected results: firstly—as predicted by the flight capacity of the species—the authors found signatures of high gene flow across most of the distribution range. This included evidence of recent gene flow among Pacific and Atlantic localities, likely across the Isthmus of Panama. This geological formation is a strong barrier to movement in most tropicalseabirds. However, the same study also found that the Magnificent Frigatebird on the Galápagos Islands is genetically and morphologically distinct. Based on this study, the Galápagos population has not been exchanging any genes with their mainland counterparts for several hundred thousand years.[3]
Thanks wikipedia. I learned that in the flesh. 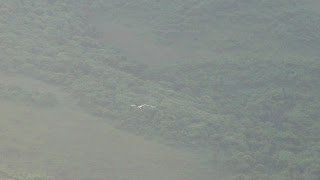 First and only time I ever took a photo of a flying bird.
By now our hardy group of adventurers were wavering. You have to remember we had just finished a charter and the first thing yachties generally do after a charter is either drink or sleep or both. We made our way back to town. Our guide impressed upon us the problems of modernisation and how corruption is slowing making its way into life in the Galapagos. I couldn’t help wondering as we walked down that hill path, where the few hundred thousand dollars my owner had paid would be going.
Obviously there is a lot more to the Galapagos than you think. I think the profound impact it had on me was to stir a real interest in flora and fauna. Maybe there is a bit of naturalist in us all.

I am sitting on a lot of video footage, underwater and helicopter. I will upload this at a later date.

Manzanillo to Vancouver Scroll to top