I think I have talked about New York cool before. I may have even mentioned Italian swagger and Caribbean time. New Zealand is cool of course and Sweden whilst I am yet to experience it is bound to be cool if not the weather. But we are not in Sweden, we are in Seattle and Seattle is cool.

We have created quite a stir being here. There has been a lot of press. The press has been quite creative with facts and it makes one realize how much of what you read is fiction. When I do end up back in New Zealand on board a yacht I hope the press is not so inept and checks it’s facts. It is probably too much hard work. Just make something up. It is what I do.

Seattle is a green and leafy place with an abundance of flannel and tattoos. Heavy use of abandoned textiles and reinvigorated antiques droop from every angle. There are plenty of weird combinations of things that should not be near each other. In short it is my kind of place.

Working Monday through Sunday does sap a bit of passion for exploring but our ingenious Engineering department came up with a cunning plan which gives us a bit of flexibility. We work 7-6 during the week days. This in turn allows us a few precious hours on the weekend to seek out new life forms.

Sadly as is often the case our first real exploration was a bit disappointing. I had a hankering to shake a bit of tail feather. I ended up being cajoled into going to a very ebullient part of town for serious drinking. The part of town is Capitol Hill which is famous for its many and differing bars.

The bar scene in Seattle is quite incredible given it’s depressing liquor laws which render you unable to get a drink after 2am and unable to enter a bar if you are foreign and not carrying a passport. Being a dedicated Sailor getting loose with ones passport is not really the done thing. Especially in bars like the Unicorn.

We had been in a bar which had a wolverine on the wall. 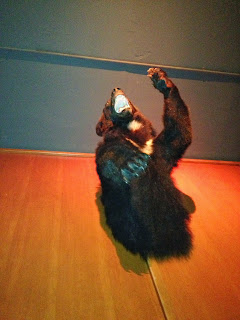 This was not exciting enough so we jumbled up the road to a bar dedicated to unicorns and fanciful creatures. Imagine walking around in a fairground maze that served alcohol. You have the Unicorn. 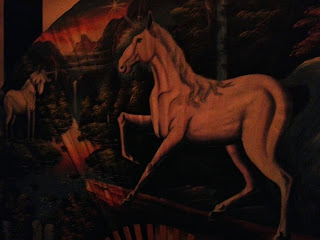 The bar below was named the Narwhale. It was adorned with pinball machines and patrons which you could loosely describe as a freak show. Again my kind of place. We left heading for a nocturnal club of the dancing variety. They did not like the look of us and played the passport or no entry card. George the Geordie got into a lengthy debate for 15 minutes quoting maritime law, American history, the monarchy and his best Geordie shore impression. We did not get let in. It turns out Bouncers are never up for a real debate. Its never a fair fight you see.

North of the boat is an area called Ballard. I have been there the most. Its the kind of place where you might see a man commuting in a suit wearing chuck tailors riding a unicycle or penny farthing. Anything goes in Ballard and it does have an NZ/Australian bar called the Kangaroo and Kiwi. Notice the lack of anything South African. We are that different. The Kangaroo and Kiwi is great because of the lack of micro brewed beers. Washington state is big on weird beers that taste far too fruity. Sometimes you just need a normal beer. 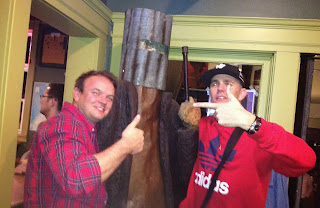 A couple of K&K patrons with Ned Kelly.

On my third weekend in Seattle I was very lucky to have an extended tour and cultural show of some significance. The boss of one of our contracting companies whisked me away from the boat on a Saturday night for a Russian bbq/dinner party. Having learned a bit about Russians in my time abroad it was an opportunity to learn a bit more and also to soak up some suburban time.

My first mistake was believing that 14 Russian speaking ex-pats would speak anything other than Russian at a Russian themed gathering. That being said I did convince them to say cheers at the numerous opportunities to toast good health and other things in Russian. The Russian beside me took it upon himself to start elbowing me in the stomach when I was not drinking or eating. They all thought I was too skinny and could do with some feeding up. I was also far too sober and needed to drink more. That being said I did develop a taste for cognac. It is a fine drink for times like these where you need a certain amount of fuzziness to stay in tune with your unfamiliar surroundings.

I stayed at my friends house. The next morning he promised to take me for a drive before returning me to the boat. It is here I gained an appreciation for how vast America is. Going for a drive means a totally different thing. We drove, 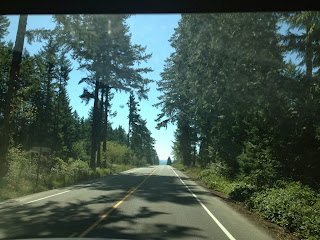 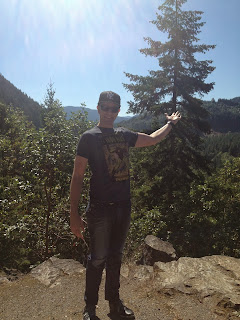 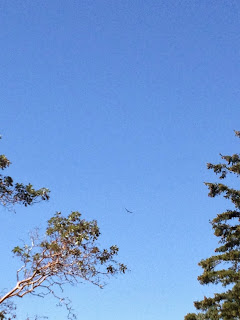 Saw my first American Eagle in the wild
And drove some more until we reached the base camp for Mount Rainer. 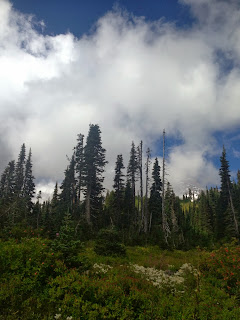 Being the height of summer a couple of steps away from the Lodge felt just like something from a Disney movie. It strongly resembled Bambi I commented on this and paused for a photo. 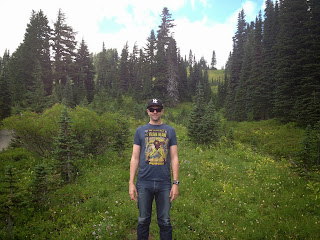 By thins time we were pretty hungry. We drove back down Mount Rainer looking for a place that had been selling Elk Burgers. It turns out Elk Burgers are pretty tasty. It was the opening weekend of the NFL and watching NFL at a bar eating Elk and drinking a micro brewed beer I did begin to think this is pretty good. Naturally my driver had been selling me on Seattle and Washington state. I was being schmoozed and I liked it. 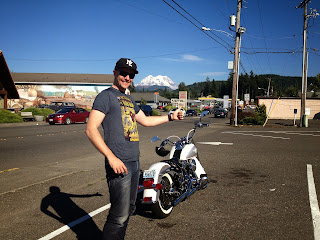 American as it gets without being American and wearing an NZ hat.
So long was our drive back to Seattle we stopped at a garage to get some jerky and water. The garage was unremarkable but it did have a couple of goats tied up outside mowing the lawn. One of the goats had moved far away from its water bucket so I did a good deed and saved the goat a thirsty day.
We took the long way home. My driver forced a lot of information into me over the course of 24 hours and it is still seeping from my brain mouth 2 weeks later. We did go to a heavenly like electronics store called Frys. I still have dreams about it.
My Rotation partner arrived last Saturday. He is much the same and I think our leisurely handovers will become a staple of us working together. We are such brilliant individuals that it seems ridiculous to try and cram our work and numerous achievements into one lonely day. We are already planning our next extended handover which should be in New York.
One of my colleagues Katy is leaving our fair work place next week. She is a food blogger which I think is pretty neat. She’s good value for a Southern African. Definitely the smartest I have worked with. We did try to visit the world famous EMP museum one night after work. Scott followed along knowing we would probably go near a bar of which there are many.
Sadly the EMP museum was closed. Exterior of EMP museum. Pretty cool.
We did get up the Space Needle which was closing. 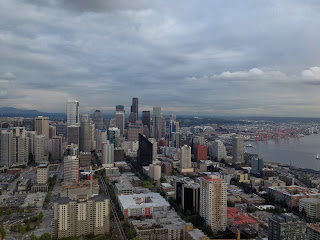 Seattle City.
By this point we were a bit brow beaten. We were going to go to a drive through Tacos place. It was taco tuesday and we were in a rather large car. I am glad we did not . We stopped next to a ‘Dicks’ 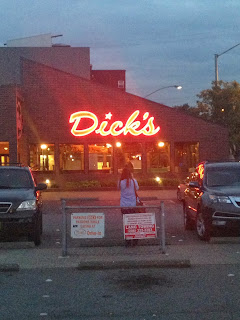 Dicks sells hamburgers of the variety that taste amazing at 3am. We did not eat there. We went to a mighty fine Mexican restaurant called Peso’s kitchen. Thankfully for Scott the Mexican restaurant did sell beer. They also did a stirling rendition of a burrito. 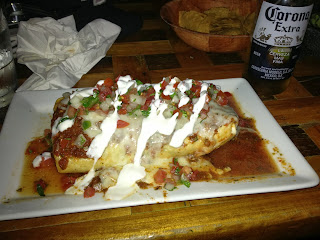 Satiated and happy we paused to commend ourselves on finding such superb solace. My time is dwindling in Seattle but I have enjoyed it. I do think I could live here with not too much hassle. It’s made all the easier when you see movie theatres showing odysseys like Airplane. 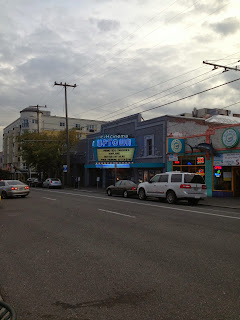 New Zealand does beckon but there is still time to visit the EMP museum when it is open. I might get to see another unicorn or unicycle. It will probably rain at some point. Seattle is cool.
Afternote
Seattle is my first extended experience of America. Once you get over the fact that lots of people have guns and you are in the U.S of A its actually not a bad country. This is a tremendously self indulgent blog with at least four photos of myself. But America is an indulgent place. Don’t go changing.
September 21, 2013/0 Comments/by El Draco
https://theselines.com/wp-content/uploads/2021/05/Myriad-Lines-3.jpg 1413 2133 El Draco https://theselines.com/wp-content/uploads/2021/04/These-Lines-Logo-Slim-White.png El Draco2013-09-21 01:59:002021-05-06 00:31:50Seattle, Cool

I will be what I write

In Defense of Crocs

My thoughts on Isolation
0 replies

A wee something Scroll to top