I left my previous work a couple of Fridays ago. It was 35 degrees I was in Portofino. Summer had well and truly kicked in. Georgio my driver busied himself weaving and apologizing for his snaking drive to Genova. 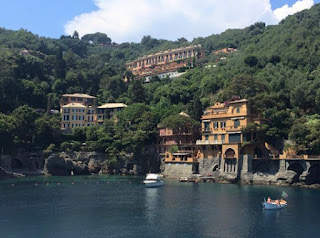 Portofino is astounding. It was quite a nice *click* which let me disembark there. My flight to Palma wasn’t till the following morning but I had engineered a train ride and some time to reflect before I started my new job.

Many words have been written about the Riviera. Many of them by me. In 2009 my train rides were often savoured but always had the tinge of unemployment. It was a nice click-clack along the tracks. I even listened to some of the same music I did 6 years ago on those very tracks. 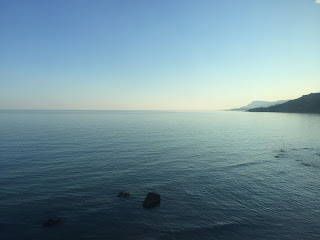 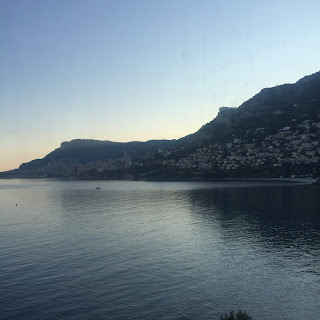 In Nice I found a hotel and settled in for the expectant sleep one has when you need to be awake at 4am to catch a flight to a new job. My flight to Palma went by way of Zurich. It is always nice to visit other countries albeit briefly. My experience of Switzerland is as follows. Air Switzerland gives you very nice chocolate. Swiss of course. 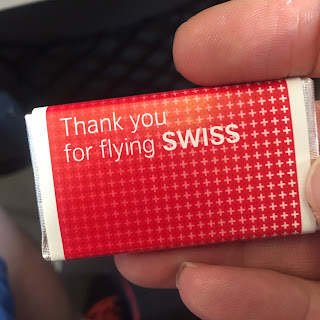 Everyone in Switzerland has nice watches, of course. But thats enough Switzerland (all I can write truth be told)
From Zurich I flew to Palma and a new beginning.
My new Rotation partner David was not at the airport to collect me. He had sent his wingman who was a helicopter pilot. Pilots make the best wingmen as I was to learn. David was getting a medical done. Over the next week things continued to *click*.
Firstly if you hadn’t gathered being an ETO is a sometimes very lonely proposition. You quite literally are a one man gang. There is no one else on board who can do your tasks. No one else can step up to do your job. This presents its own challenges and this is why it is so nice to work closely with another ETO when the opportunity presents itself.
David is from Seattle and unashamedly a geek. His geek force field was very strong. As I shadowed him I admired some of his quirks which mirrored my own. Firstly he had gone at great lengths to have an app for us to use to track our jobs and tasks. This app was maniacally clever. It gave us full visibility on our many projects. It also gave us a grace pass to use our phones when ever we felt like it.
Speaking of our phones when the WWDC dropped David had installed the iOS beta the next morning. Not to be outdone I soon followed and we were soon wallowing in the short battery life, crashes and *features* a beta provides. Bleeding edge geeks there especially when we were now app enabled.
One of the nicest surprises ever was waiting on board me. A brand new Macbook Pro. This was very timely. My current Macbook “Big Mac” has started to develop dementia and sometimes does not take kindly to be woken up from sleeping.
Other nice things. Well just two weeks ago I was bemoaning snack cupboards and how stupid they are. If you didn’t know most Yachts have never ending supplies of sugar/salt/msg and they usually live in cupboards. Unlimited poison. The silly thing is we like to present a united healthy front to guests when we are not hungover and dying from Sugar. My new boat doesn’t have a snack cupboard. We don’t have alcohol on board either.
The Engineers have a workshop that is fitted with a gym, coffee machine, fridge, smoothy facilities and  P.A. for music. The boat was very excited I know how to lay down tracks. Another click in my books. We have a Zen Chief Engineer who loves to meditate and probably levitates in his cabin when he is alone.
The boat has an Australian flag and a lot of Australian crew. This is a particularly welcome click. Begrudgingly I admit Australians are quite similar to New Zealanders. This all becomes more real when you start to serve under British nationals. In theory this sounds OK in practice my milage has varied. Power seems to do strange things to brain chemistry.
I did leave the boat to enjoy one of the most welcome changes. Palma. David had befriended a bar so we went to visit it with the Helicopter pilot. When I said befriended a bar he had really befriended a bar lady. His charming lack of Spanish, her lack of English and mutual glad eyes was a nice thing to witness. I gladly informed him on an app to improve his Spanish. Duolingo.

Palma being Palma
The rest of the week went as to plan. It actually improved.
On my last day I was listening to an NRL game. The kiwi carpenter said he missed watching the league. I said I would remedy that very quickly. Matter of factly he said. “Oh the Captain used to play NRL. He used to play for *redacted* he also played super league for *redacted*.
How cool is that!
I left Palma feeling very happy. Ecstatic.
What could make it better? Well it was world Gin day of course!
My relationship with Gin has been an at times a potent one but it was very nice to savour a large glass or two of Gin Spanish style. 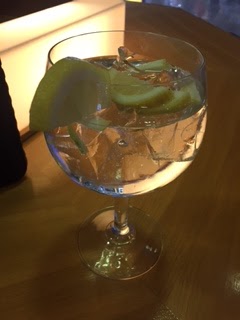 My trip home was to be as expected. Long. I arrived in NZ bedraggled but there was still a couple of surprises. I got to meet a very long Kiwi in between terminals. Steven Adams. He is very tall and very polite. He didn’t even ask for an autograph.
Previously I have had problems with the last leg home. This time no issues to report. Another click. I even got to record some buzzy trippy footage in the Plane.
Home! Well there is no place like it. A very happy Wife welcomed me. A very happy dog greeted me. I swear she just sat in front of the fire grinning at me for an hour. The dog. The Wife grins at me for days.
*Click*
June 16, 2015/0 Comments/by El Draco
https://theselines.com/wp-content/uploads/2021/05/Myriad-Lines-3.jpg 1413 2133 El Draco https://theselines.com/wp-content/uploads/2021/04/These-Lines-Logo-Slim-White.png El Draco2015-06-16 17:55:002021-05-06 00:30:37*Click*

It is Fate Mate

Cooking up a Storm
0 replies