I had a bit of a low key Sunday. Initially, my plan was to wear as little as possible and do less than anything.

Unfortunately, I still had my daily Nurse visit to contend with. So I chose a morose black ensemble. When I am feeling excessively sanctimonious in my abilities to do very little I shrowd myself in black. Think of a Ninja that never attacked anyone or did a thing. A black canvass.

I did have quite a good movie marathon. I started with Goodfellas which I am somewhat loosely connected with via a previous employer.  I then moved onto The Dark Knight Rises, and he’s always in black and housebound at the start of the film. I dallied with Scarface having spent a bit of time in Miami in the last few years. I think people wear more clothes now than they did in Scarface. I then meandered into The Godfather, which if I was to choose had to be the pick of that crop. I had to abandon the Godfather halfway as it got a bit late.

Today I had a good bout of hotel room exercise. I have become very good at doing things with suitcases and chairs as well as my swiss ball and yoga matt. My breakfast arrived on time but I would not have known it as by this point I had lost my watch. There is something quite comical about a man with all of the time in the world losing his watch. It was under my bed of course. The last place a person would look for a timepiece.

My nurses still managed to me catch naked as I was having a shower but I did all of us a favour by throwing on some clothes. I then continued to watch the Godfather and created a terribly shoddy meme. 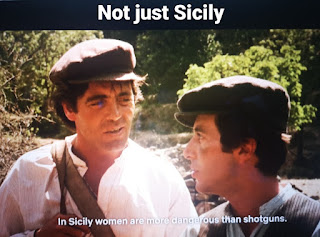 It has got very warm here now. I believe it is currently 24 degrees outside. I would partake in some superficial solar radiation to stimulate melanin but no. That would require clothes and it still feels like Sunday.
Tomorrow I hope I have my last COVID test of the year. Not long now.

In closing have also managed to craft a new acronym.

Thriving in a perpetual state of purgatory.

How to have an EPIC weekend
0 replies