In between a furious bout of dock walking and our record five minute job interview we decided to take a quick trip to Pisa and spy upon its famous tower.

The drive from Viareggio is great. Tree lined avenues combine with rich farmland to make for splendid vistas. Normal highway speeds seem positively sedate after the heckle raising autostrade highway. The farmland soon gives away to hotels and then all of a sudden you are in the town of Pisa.

Without any research before this impromptue visit we took the time honoured approach of first parking with tour buses and then slip streaming an English speaking tour party.

The first hitch was a train crossing. We cleverly waited on the left hand side of the crossing away from the tour party. This did not stop a native from the USA cozeying up to us with a camera. He was pained that the train that passed was not a steam train.

With the barrier arms up we quickly left the tour party behind and headed towards the tower enclave. After running a gauntlet of strangely familiar sun glasses, almost designer bag and coffee merchants we passed under the wall for our first glimpse of the tower. 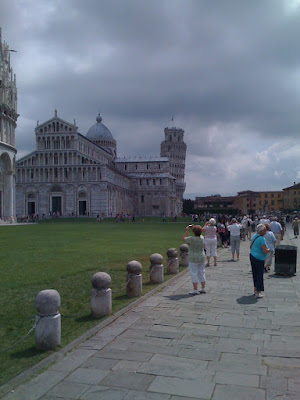 The tower itself is very surreal. It has an ethereal quality which makes it seem otherworldly. If my feet were not so firmly grounded I would have picked it for some space station super structure. 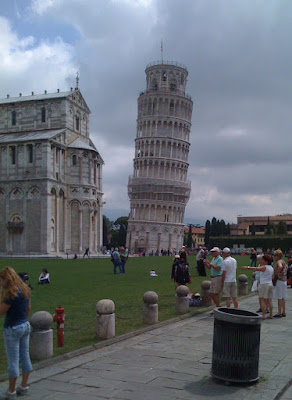 The people walking around the top of the tower spoil this conclusion. They obviously are not looking for work. Still a worthwhile respite from what has been a two month grind. Bring on more success! 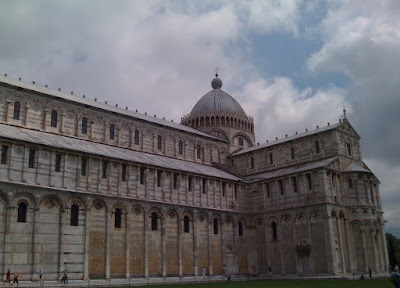