Very conveniently a departing crew member was also leaving on Friday the 13th. He was going to an Airport that has flights to Palma. He had also bought a Porsche a couple of weeks earlier. Having not been in a Porsche before and having enjoyed working with Tim I was quite excited about the drive.

His Porsche is beautiful and seemed perfectly peppy. People who do not own Porsches are quite quick to label this model, the hairdresser Porsche as it does not have a turbo. Truthfully I think you would lose your hair if you did have a turbo fitted. We had a chance to drive with the top down. I might have taken a couple of photos. 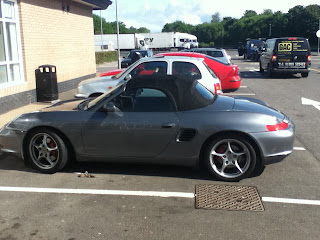 Said Porsche. The mach speeds we travelled meant other vehicles started to disintegrate around us. Look by the passenger door and you can see a seat belt. 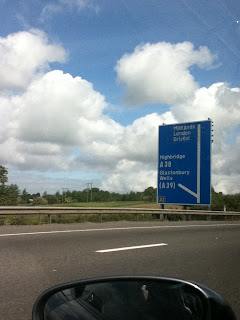 We drove past Glastonbury. This was a wistful part of the journey.

We eventually made it to Bristol. We said farewell and I busied myself with a mammoth lay over. Some eight hours lay between me and lift off. What did Bristol Airport have to offer? Well the first interesting thing was a prehistoric man. He had come out of the hills for his first visit to an Airport and the pay and display parking machines had him quite confused. With some helpful advice he faded from sight never to be seen again.

In the sliding scale of New Zealand Airports, Bristol Airport lies somewhere between the Auckland National Airport and Christchurch International. Sadly I was not allowed into the better part of the Airport for a few hours so I sat down in the bar, logged into the internet and proceeded to drink quite a lot of cider. I think my efforts in the airport were akin to an economic recovery package. I ate varyingly tasteful plates of food and bought three magazines to read.

Five hours later I was allowed to check and enter the slightly more exciting part of the Airport. Being a Friday night there were a lot of people escaping England for the weekend. Some of them were wearing themed team t-shirts which did not make any sense to me(possibly due to the cider) I did eat some very good fish and chips. I even tipped, by this time I would like to think I did not look English.

Said sunglasses.
Queuing for my flight to Palma my brain(now sobering) started to work out why there were so many people with themed t-shirts. They were going away for Stag and Hen parties. This is a common occurrence for the English. Here for your delight are some of the t-shirt slogans I read
Actually I can not do it. Just imagine the most vile things you could write after someones name and you are halfway there. If you really need to know some, just email me and I will send some through.
Our departure was smooth unlike the t-shirts. I was on my way to Palma and the strangely familiar unknown. 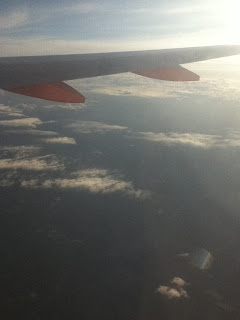 Back to the France

New Zealanders are not bored or boring

The First Elephant off the Rank 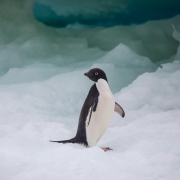