Currently en route to Mexico, I felt it would be wise to investigate returning home. Working on board a boat is a terribly fluid experience so return dates often change. I felt with an itinerary of sorts formed it would make things easy.

Turns out it isn’t.

Removing oneself from Social Media and abandoning most news sources had rendered me blissfully unaware of the Managed Isolation system changes and the almighty voucher. My first couple of times in MIQ were quite easy logistically. My boat booked me a flight. I arrived in New Zealand. I was bused to a hotel for a two week confinement period where I gradually went crazy and then was set free into the wild, COVID free.

The voucher system that was brought in to control a Christmas egress of United Kingdom expats has remained and COVID back home has exacerbated things. Compounding this problem are people.

Any IT system is ruined by people.

We currently have people using isolation in NZ as a backdoor to Australia. If they left New Zealand before August 2020 they do not have to pay for isolation in NZ. Everybody has to pay when they isolate in Australia.

We also have business people who are booking return multiple vouchers.

We also can’t trust people to isolate by themselves. Something that would be quite easy for me in my new abode.

Which leaves people like me in a bit of a pickle.

I still have faith however and am reminded of one of my favorite LOTR quotes.

“A Wizard is never late, nor is he early. He arrives precisely when he means to.” 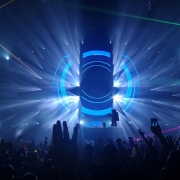 An Elegant Solution Scroll to top