Nha Trang has it share of more traditional cultural delights. Pagoda, craft and sunglass salesmen all dot its surrounds. Some of the more modern additions are just as worthy of notoriety and I would like to think they will be still around in a thousand or so years.

A day trip by boat is a must. Snorkeling, eating, lounging and beaching are all well catered for. The truly astounding feat was the crew which metamorphosed into a band. It started harmlessly enough with a drum kit of dubious quality appearing. 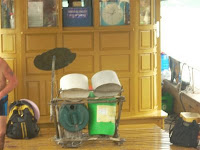 Then soon enough the number one boy band of Vietnam who moonlight as tour operators were energetically taking us on a round the boat and world tour. 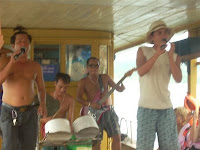 Stirling stuff and a good reminder that talent should never stand in the way of having a good laugh.

VINPEARL LAND is hard to ignore from Nha Trang. It is written into the side of the island with large white letters.

The cable car that conveys punters stretches 3.3 kilometres over the ocean and at its highest point is 6o metres. It is quite a feat of modern engineering. 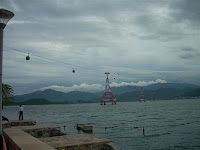 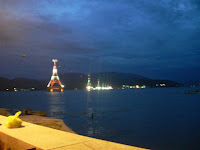 We spent most of our time in the water park. The water park is especially well designed with a channel that you can float around the entire water park without taking a step.

The slides are scared wife friendly and we had a lot of fun. 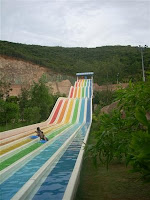 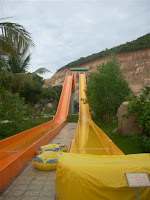 After a frantic hours of sliding I can think of nothing better than posing with a c0uple of my best friends. 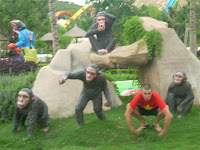 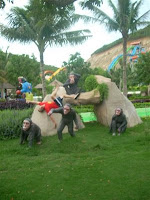 On our return home we were befriended by an ex pat Vietnamese man and his wife. He took us out for a few drinks and we were lucky enough to have our restaurant invaded by Dragons! 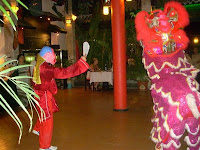 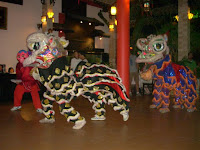 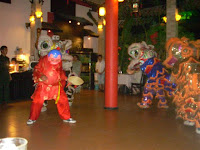 Not a bad couple of days and to think it all started with a bath full of mud.

The Plan? Déjà vu and Hell on Earth

How not to steal a car

Get the Facts Scroll to top