As opposed to a long lost cousin.

I have been away from New Zealand for quite a while. Interactions with genuine Kiwis in the flesh are intermittent. Australians wander the streets in packs, salivating and generally messing up the place. 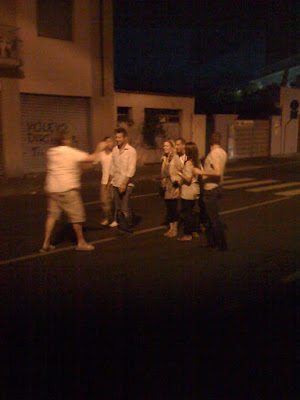 Actual photo of Australians wandering the streets. Quite possibly salivating.

The solitary Kiwi walks a lonely path, sometimes blending in with the background noise, sometimes over powering it.

This is the story of the second type.

We had dropped our feet anchors at a beach club, paid for some delectable sun loungers by the pool and were waiting for the kitchen to open so we could feast on some fried seafood drizzled with lemon juice and pepper.

There was a shortish fiery chap of the red haired persuasion watching a rugby game on the TV at the bar. It did not take us long to hear him knowledgeably announcing that one of the teams was Bay of Plenty. Ahoy! we have ourselves a New Zealander.

We made ourselves known to him and what followed was an increasingly mad cap afternoon. Will as we affectionately came to yell at him was quite the character.

What we learned about Will,

He was a trained and certified helicopter pilot.
When drinking he had a five minute memory at best.
He did not drink and fly helicopters, obviously.
He loved to play fight.
His current Yacht was perfect for fighting.
On board they had a Captain nicknamed the Maltese Mongrel.
They also had a big Australian chef they called the silverback Gorilla who had a blow dart gun and was not afraid to use it.

Will spent the afternoon getting more and more drunk, forgetting more and more and gradually sliding into inebriation. At one point he made himself known to three really large Italian men. He tried to fire up a conversation and possibly a play fight. He got a bicep flex from one of them.

This was the first time I put my head in my hands.

Will was not a man of words. He was a man of hurts. He had many bruises and was quite keen to inflict some on anyone.

The crescendo of the afternoon was him leaping into the pool wearing my sun glasses and then trying to over turn me.

I had the pleasure of destroying his watch.

The watch was quite a tale in itself. It had been bought in Turkey, was a knock off of a 17,000 Euro watch named a U-Boat. U-Boat is another name for submarine. Wills watch was part submarine. It took on a lot of water once submerged and sat quite happily on the floor of the pool after I had wrenched the strap off it.

Will was a ladies man of some repute, apparently. After a poor attempt to encourage my wife to go topless he told us the sad story of a stewardess who really wanted to be with him but found his age a turn off. Not his voice, not his pelt of red hair but his age. Clever lady that one.

We almost lost Will at some point. He went to get 2 beers and a vodka orange, whilst he was away we turned our sun loungers to get some more sun. I did tell him we were under the first umbrellla. Half an hour had passed and Will was no where to be seen. Our second search party was sent. She found Will at a table with three rum and cokes. I am pretty sure he had forgotten who we were soon after he forgot what he was ordering.

All being said we did enjoy hanging out with Will. How good is it to say BRO and CHUR and be really understood? Also my Maori language campaign badly needed a captive audience. Will was certainly captive.

It was nice to wake up to a couple of bruises and the invitation to come over for a play fight when ever I want.

Good on you Will! 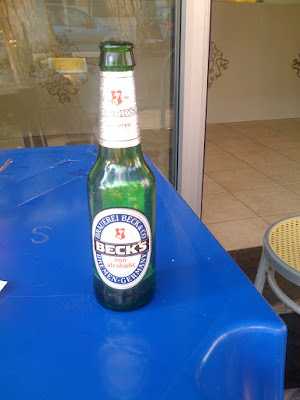 The stupidest thing I have done this month

How to have a happy Isolation
0 replies