The actual art of dodging Pirates in the gulf of Aden is as close to being in a war as I would like. We joined a full convoy, adopted aliases and basically made like a floating submarine for four days.

We missed our Chinese convoy and were going to have to travel through pirate alley without military support. It is good luck that some rope dangling down from out battle with King Neptune was enough bait to solicit some advice from an Indian cargo ship called Guru Govind Singh. After listening to sea bored Philippinos babble on VHF channel 16 for 3 days it was wonderful to hear an Indian accent speaking good English. The Captain was kind enough to send us details on the Indian convoy.

It has to be said that the Indian navy did an admirable job of shepherding us along the safe transit lane. Keeping nine very different boats in a perfect 3×3 grid almost all of the time is something that was lost upon the Chinese and Korean convoys that we saw travelling the other way. Here are some of the highlights.

The closest we got to any actual pirates that we know of was spotting a fishing vessel that was very interested in our convoy. He was probably getting intelligence for a pirate mother ship further along the transit lane. Our Indian frigate was very interested and very intimidating. 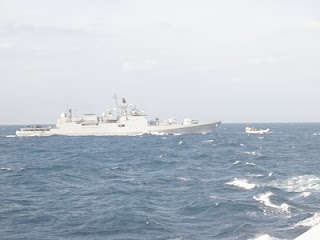 On our very last night in the pirate hotzone we were without military support. We turned off all of our lights and were a ghost ship. We had a full sky of stars and the schools of plankton gave us a fluorescent wake which was stunning.

At one point we had up to five different objects on our radar circling us in the moonlight. It was a like that scene from Aliens when the marines figure out they in deep shit and can not see anything. Luckily it turned out to be whales feeding on plankton.

Our security personnel moved our fenders into our stairwells to hinder the movement of any boarding. Naturally the deck department had to test the efficacy of this.

On the whole pirate gauntlet running went very smoothly. The bad weather that slowed us down heading into the gulf of Aden made for poor pirate weather. The pirate threat remains very real and it was interesting to experience it.

Tune in next time for the story of how we got kicked out of Abu Dhabi.

The stupidest thing I have done this month 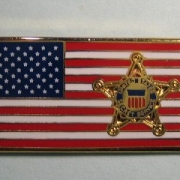 We are close to New Zealand!!!!

So close and so far Scroll to top