A strange mental state enveloped the crew of RoMa as we neared Abu Dhabi. We had been at sea for 11 days. We had had a few hic ups, stoppages and the prospect of land did not seem entirely real. We gradually got close to land and discovered our view was limited due to a sand storm gathering. 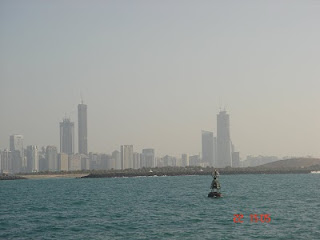 We made our way to the Abu Dhabi commercial port. I am a huge fan of commercial ports having been stuck in the Livorno one for a few days. We moored RoMa ok and I exchanged pleasantries with one of the locals who was fishing.

We had twelve bags of rubbish to dispose of. I very cleverly delegated the extraction of the said rubbish bags to El Fuerte and Uncle Phil. After dinner we engaged in a small celebration of sorts. I retired to bed and was soon awoken by Uncle Phil.

“Oh you crazy guys, have a good one”

“No we have to leave, something about customs”

Naturally I was enchanted at the idea of leaving Abu Dhabi before I had even seen anything other than a rubbish bin. We set about getting the boat ready to leave. El Fuerte did not believe we were going until he heard our Captain giving orders on the radios.

A small hic up by our agent in Egypt mean our crew list was missing three people. These three people could have been illegal aliens or disposed of with our rubbish. We spent the night 2 miles out to sea. What happened next? Keep reading. 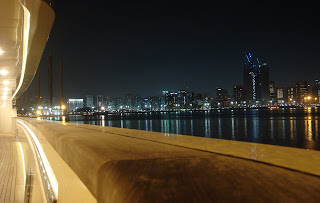 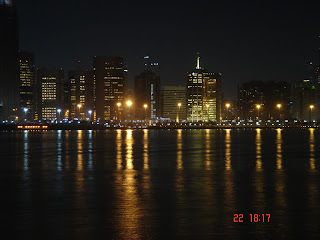 Cheers for the Chairs