Last night I ventured out with our Senior Deckhand to show him some of the sights of my second home. Kai is a German who moved to Spain at the age of 17. This is a charming mix, after subjecting himself to the terror that is the Euro vision song contest we left at the very Spanish time of 11pm.

We needed some money to finance our tour and we walked the long walk to the nearest ATM. I was taken by the smell of trees blossoming and a very full moon. After collecting some money we visited the Red Lion English pub for a couple of drinks. It was here we met one of my favourite notable local personalities. Luca the taxi driver.

Luca has had a rough time recently. He has been laid off work for forty days and was involved in an altercation which has lead to him laying charges with the police. I gave him two of my ears and made reassuring noises to the best of my ability.

At some point it was decided that we should go to a friend of Luca’s party. Luca offered to take us on his scooter. He taught Valentino Rossi how to do wheelies. This was decided as being a bit fool hardy, Germans, Italians and Kiwi’s should not ride 3 on a scooter. Luca promptly went home and got his taxi.

He arrived 15 minutes later and had a special treat. Oysters! Luca then proceeded to tell us how he is the Don of Viareggio. Hence the oysters. I was told not to worry about wearing my seat belt. I have discussed Italians and seat belts before. Luca has the seat belt buckles ready to plug in with out the belt. This turns off the annoying noise modern cars make when you do not wear a seat belt. I did not think this was very clever, but it was very Italian.

We drove into the hills to a lovely place. It was a great drive, small country lanes. Impressive stone works. Luca offered to stop somewhere and we could steal some marble blocks from a yard. Do not worry, he is the Don of Viareggo.

We eventually ended up at the bar where the party was not. It had finished. We did get to see a man sweeping the pavement. I took a couple of photos. 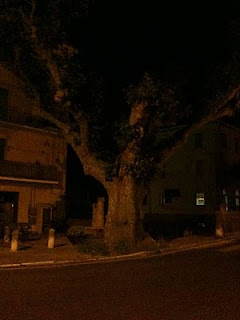 Luca got very angry at the party being finished and rang his friend to abuse him. I learned some more useful Italian. 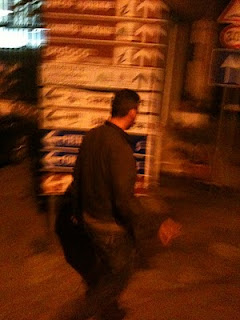 I can now say suck my dick in Italiano.

We then left to visit the best club in the surrounding area. I forget its name but it had a two hour queue. The best way to visit is to book a table in advance.

Luca tried to sneak us in through the beach entrance. We were found by security and we left with our dignity maligned.

We headed back to Viareggio where things got a lot better. Viareggio is quite a happening place in Summer. I do believe I might have danced quite a lot and may have drunk tequila.

The moral of this story?

The Don of Viareggio should never leave it.

Off with his…
0 replies

What Good Luck! Scroll to top