It became obvious last week that at some point I had angered the gods. Not the conventional gods but an ancient and fearsome pantheon of tyrants. In a continuing effort to get closer to my Swedish brethren I have been indulging in Vikings and watching Sweden play in the European football qualifiers.
The main protagonist in Vikings is a deliciously mischievous fellow named Ragnar. In between wanton pillaging, ruling and loving he takes a bit of time out to reflect with the earth tree Yggdrasil. Voyages to England are always fraught with Thor beating his hammer and raining lighting down upon his mast. Being that we have been in a shipyard you would think I would be well out of the way of Thor. It appears not.
I am currently working on a modestly sized Super Yacht. She is still quite large though as these photos attest. That is quite a big bulldozer pushing and hauling her into the water. Last Sunday we had a huge thunder storm roll through. This thunderstorm reminded me I am very much human. 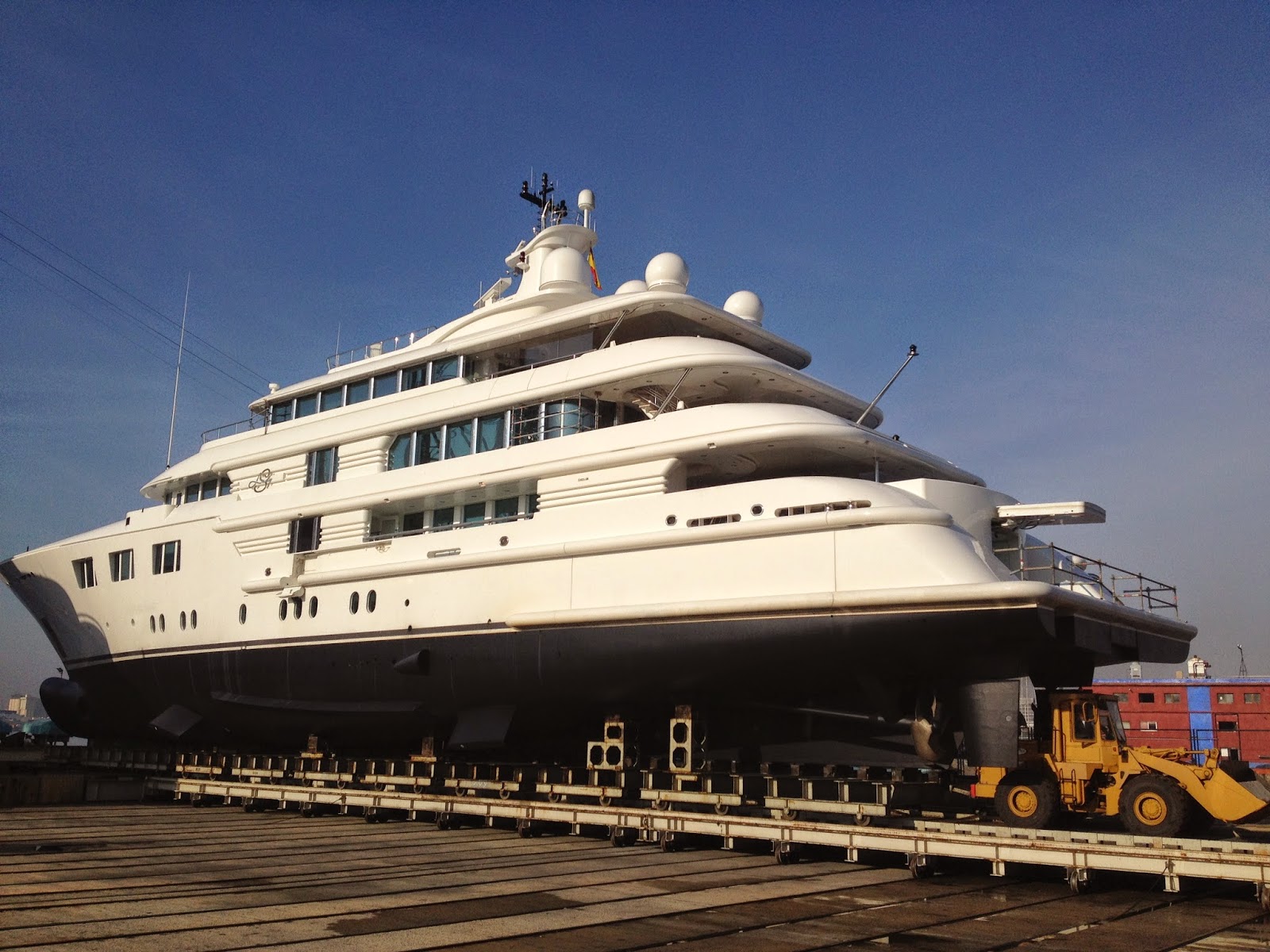 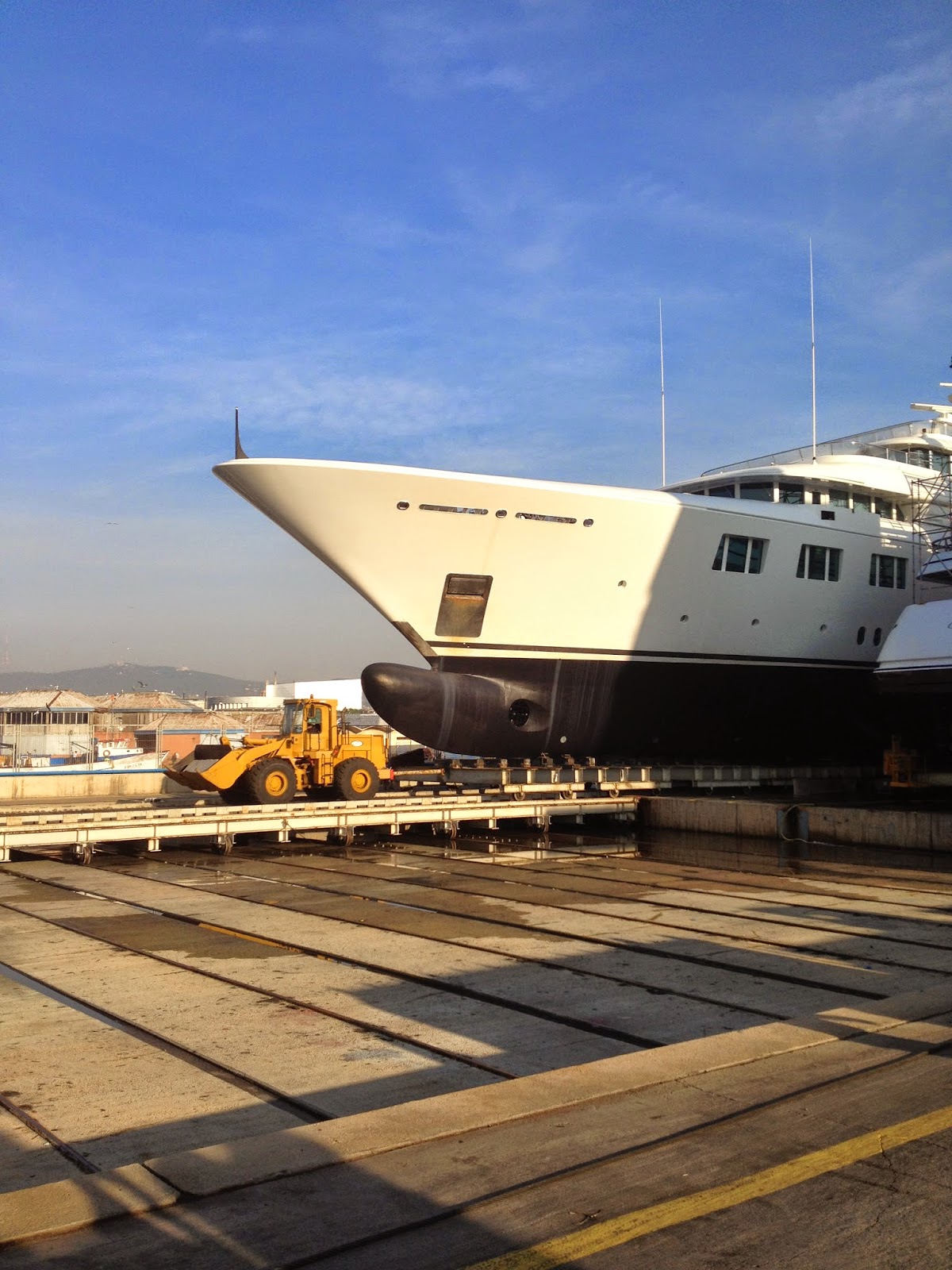 I had an invertor fail on one of our UPS’s.
I had the power supply on a B&O television die
I had a CCTV camera go to Valhalla.
I had a raid hard drive fall in battle.
I took this all in my stride. When we went back into the water I had a very fraught couple of hours as parts of the ships network decided to not network as we went back on power. Given that Thor looks after electricity he surely is the God that good ETO’s should pay attention to.
On Thursday Loki visited and I entered a blood fuelled bezerking rage. One of our tenders has had some serious work done to it. The dash board was removed and I diligently removed all of the instruments so they could be reattached when the dashboard was returned with new leather. I did this in an upright and standing position generally a good place to work from.
When the dashboard was returned the carpenters mounted it and and left the instruments upside down and back to front. This meant I had to work upside down and back to front. This was quite unnecessary and quite aggravating. A lot of blood surged to my head during this orientation. I have not felt such wanton desire for destruction and anger in a long time. I may have cursed so much that one of our deckhands was too scared to offer me help. After much bleeding, bleating and bashing I reassembled the dashboard and left the tender hoping it would spontaneously combust or sink, neither of them realistic but maybe Thor was watching.
It now appears Thor has been watching. Our trip across Atlantic has been stalled with hurricane season cutting a swathe through our intended paths. Every planned route is calculated and a new hurricane sprouts up to cause havoc. I take weather very seriously. The last patch of very bad weather I was in lead to a man over board. Vikings tended to leave men get washed out to sea but modern maritime convention takes a different approach and for that I am glad.
It is here I must wrap up. I have been noticing nice little events over the past little while. I like to call them synchronicities. My fear of horses is well documented. Earlier in the year I was quite aggravated with the year of the horse. It has thrown me off many a time. A month ago our neigbour offered to graze our land with a horse. Without even a blink I said sure. I got thinking a little while back that accepting a horse to coexist with me was the best demonstration of how far things have progressed. In the year of the horse I allowed a horse into my life and it and myself were glad. 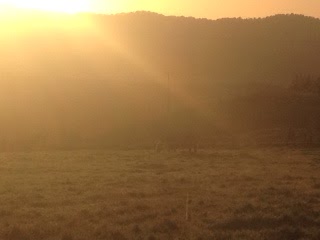